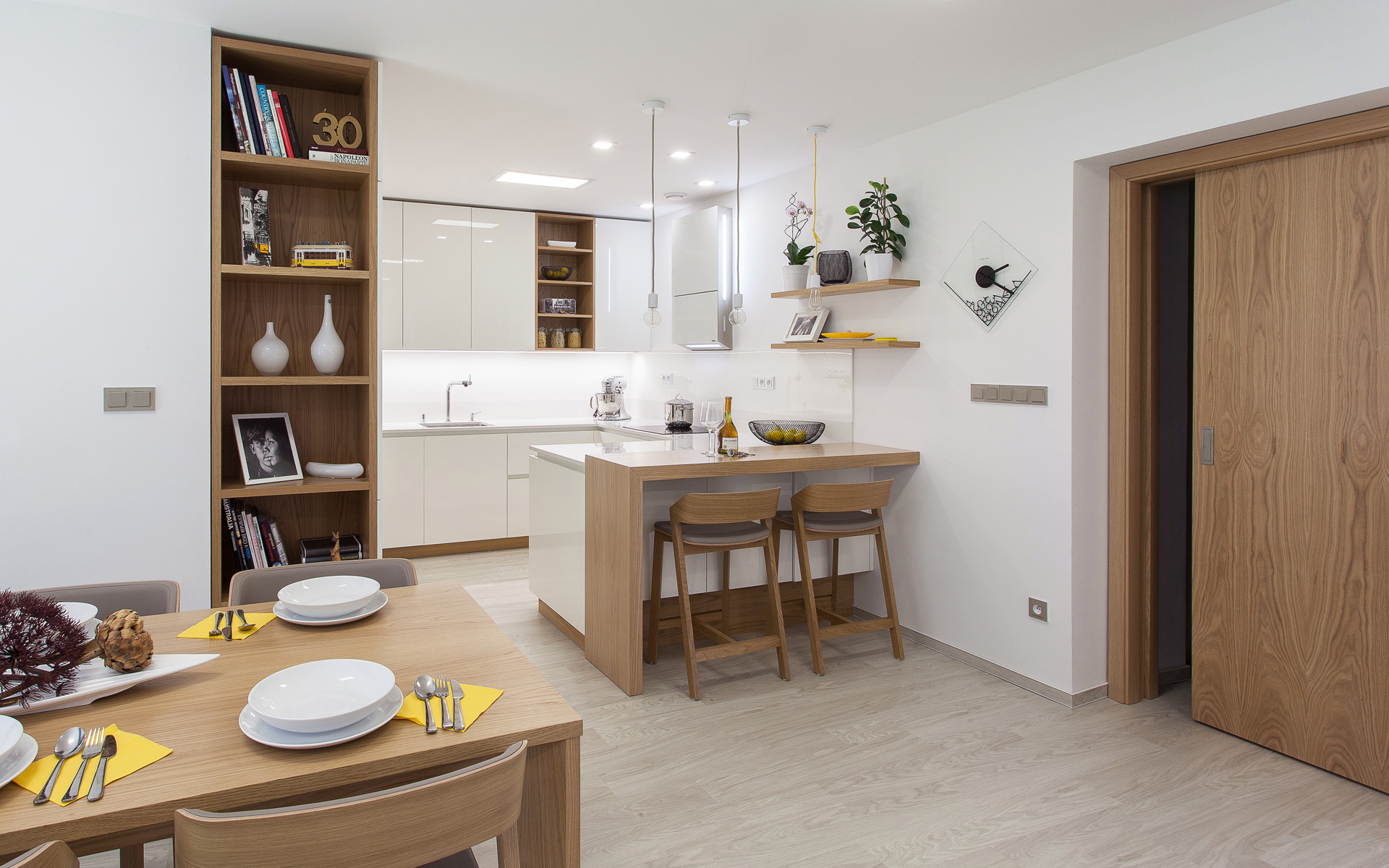 We are going to introduce a nicely renovated interior in a detached house which a young family with two young children reconstructed according to their tastes. Besides the harmonized and functional furniture into all spaces of the house (for the time being with exception of the bedroom, which is however planned already), the main intention was maximum usage of the 90 square metres of floor space with emphasis on its storage space. The four-member family will need it especially when the two children grow up. For that reason the storage spaces were taken into account since the beginning.

“The customers, a young family with two young children, required maximum usage of their living space. This means storage spaces suitably designed in various parts of the apartment and besides a well organized walk-in closet where everything necessary can be stored.”

We had a few questions on a designer of the HANÁK Design Centrum in Popůvky u Kojetína, Mr Ondřej Štěpán who had worked on the whole project and thus is able to highlight the most interesting features in the interior. “There are many interesting things. The house underwent a huge renovation and the young couple wished to have contemporary design furniture. They also preferred having light colours, which was evetntually achieved with their final choice although I had prepared other coloured variants for their better visualization,” said Mr Štěpán. The first visual of the connected interior clearly shows the result. The quality elaborated plan can approach maximum to the final appearance. What is interesting is the fact that our customers also purchased a living room set at us. 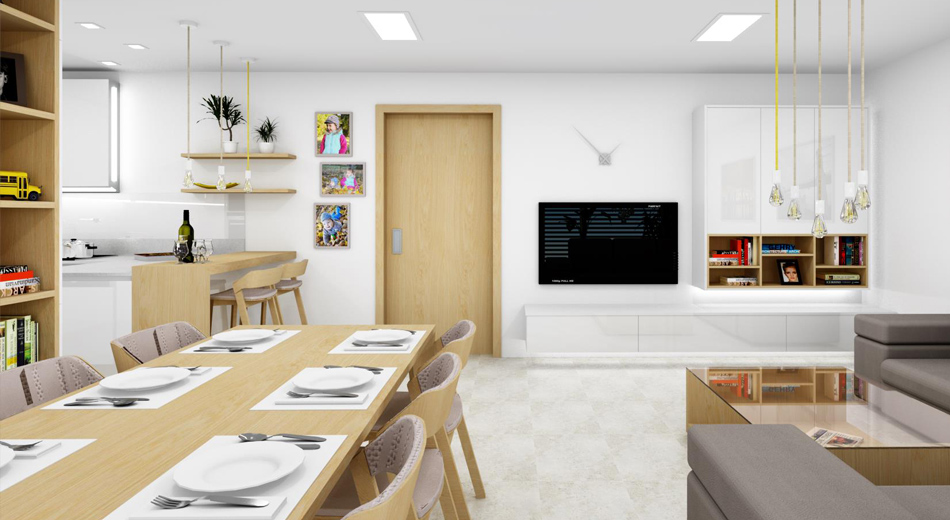 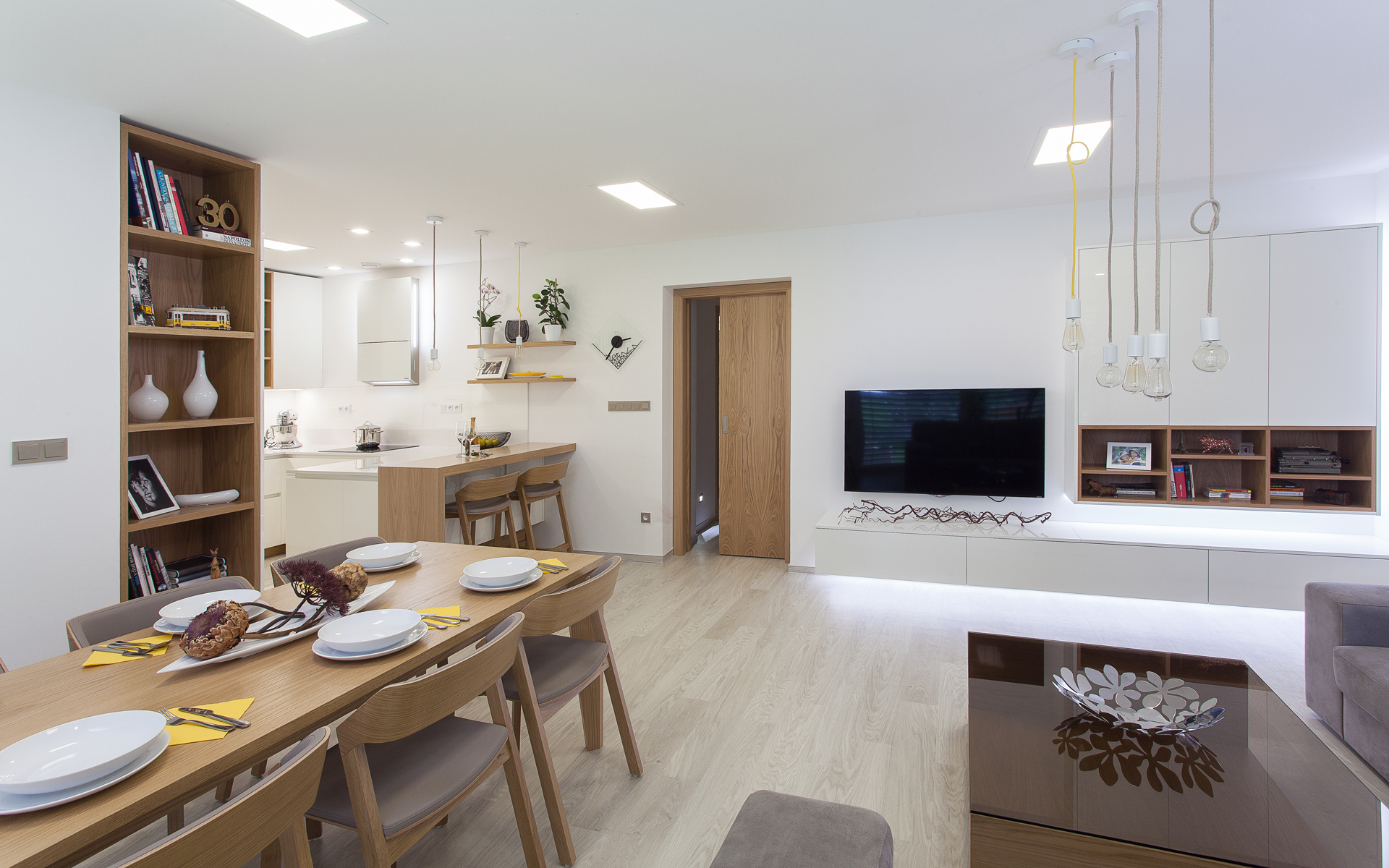 Concerning the kitchen, the customers chose the most popular model of ELITE. “I was looking for a suitable light veneer which would match the white lacquer and thus disrupt the “the sterile” impression of the furniture. The white colour illuminates the kitchen beautifully with regard to the fact that it is placed in the corner of the room and does not have its own source of light through a window,” explained Mr Štěpán.” 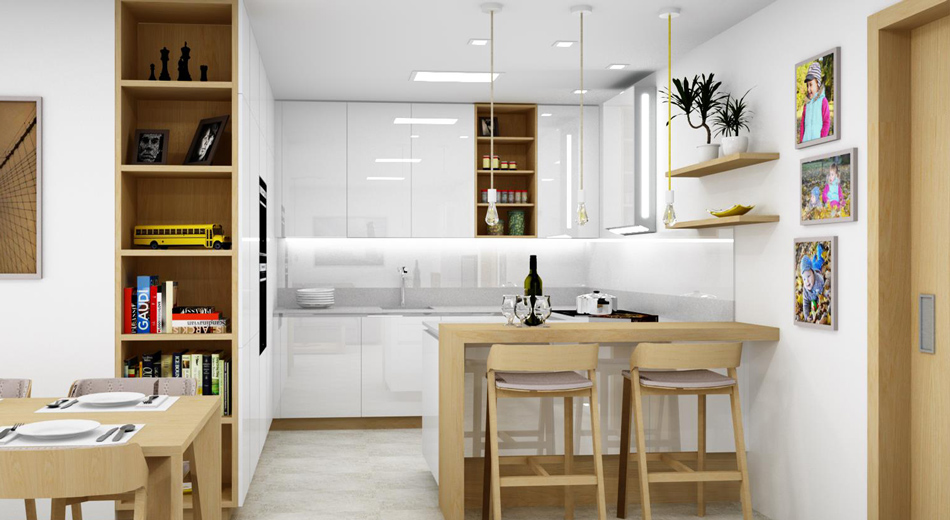 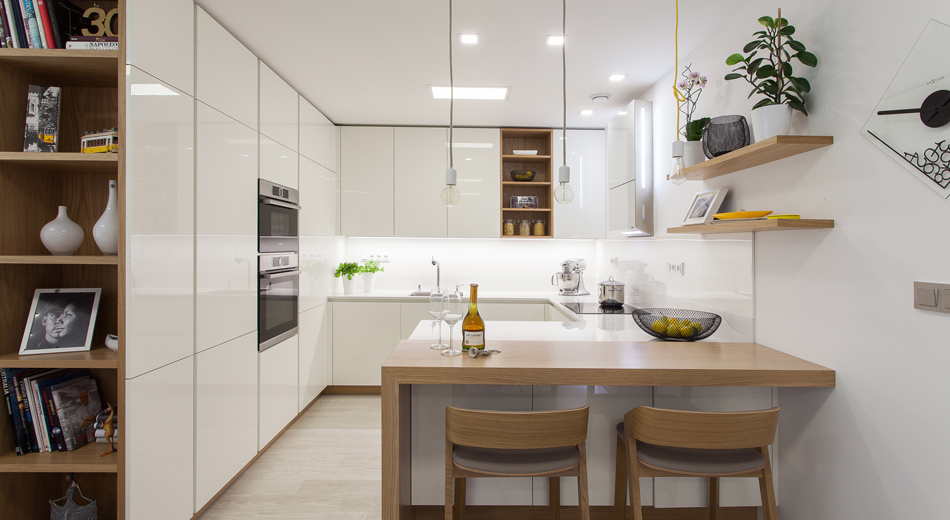 We add the mentioned coloured variants created as samples so that the customers could have as the best choice relating to colours as possible. One variant contains a light veneer and cappuccino lacquer and the other works with a combination of a dark veneer with beige varnish. 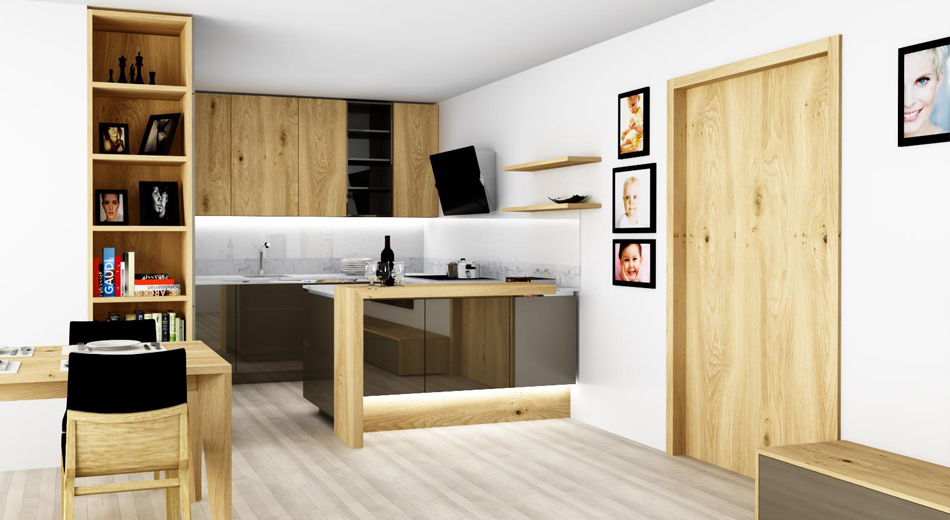 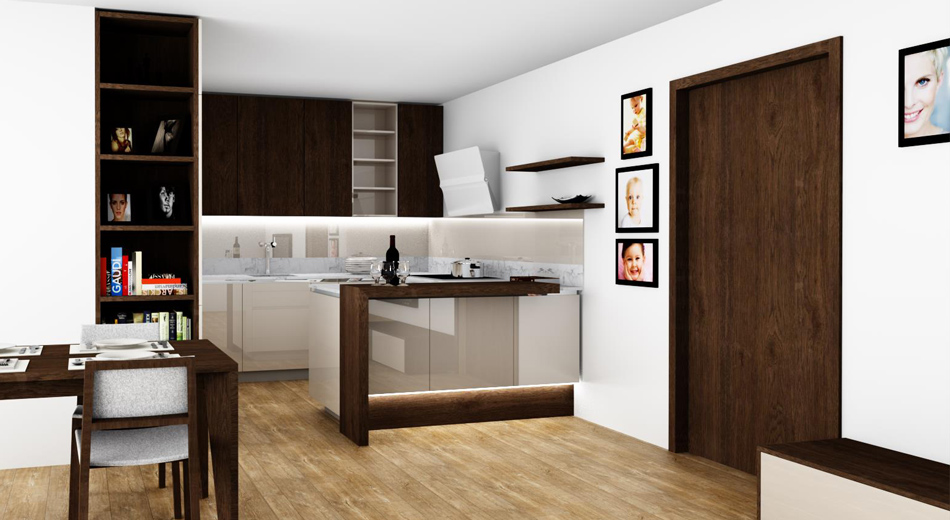 In conclusion, we want to pay our attention to the children rooms. “Our customers wished to have the children rooms furnished with such furniture which would also meet the future needs and demands of their children and which would be still actual in the time of their school years and afterwards student years. Although the children are now preschool aged, their rooms are purposefully prepared and furnished for later years,” explained Mr Štěpán. What is further interesting to be noticed are the SPIRIT interior doors. They can be seen in the detail of the photo. This partly glazed interior door model was chosen as the hall is missing sufficient daylight. 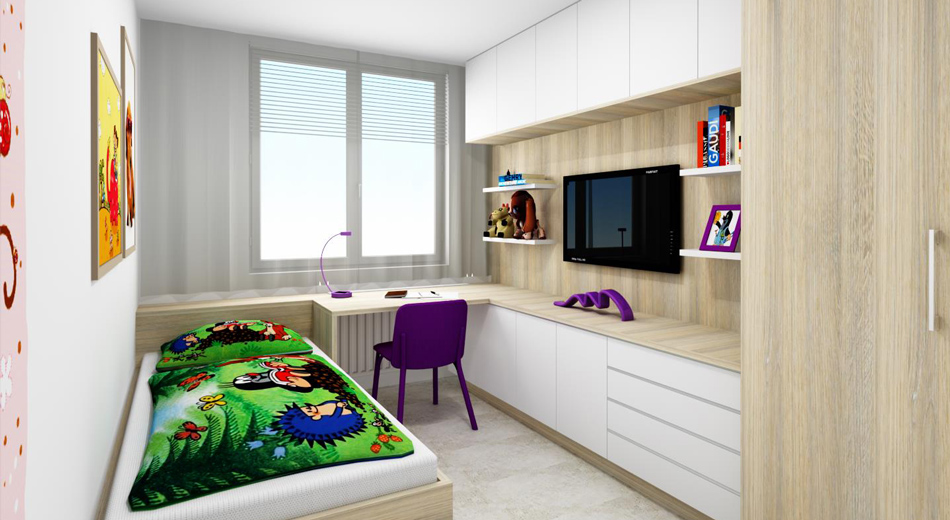 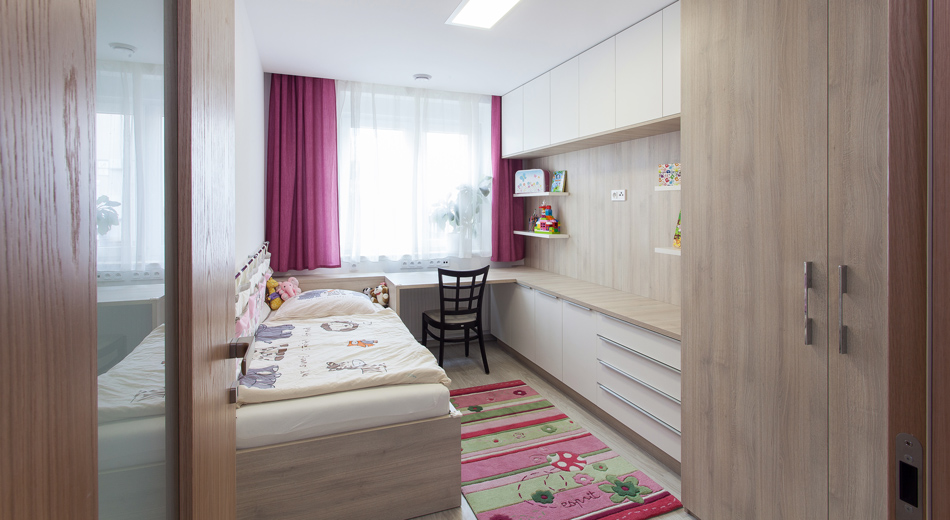 Both children rooms are of a smaller size and with regard to the colours, the customers did not want to have any distinctive ones so that they do not have to change them in a few years. For that reason the colours are rather neutral. A lighter veneer is applied in the children room for a girl and a darker veneer is chosen for a boy. Of course, there are much more photos in our photo gallery for you to have a look at. 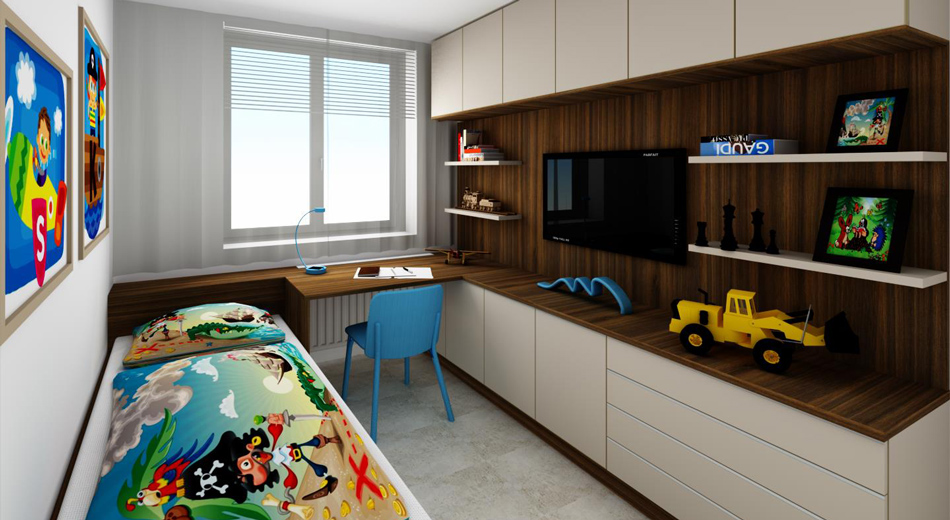 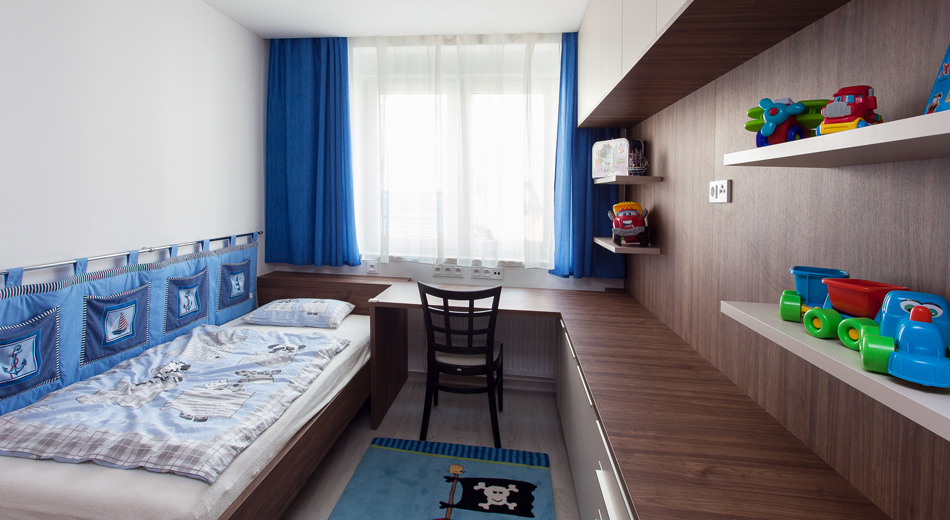